The annual DRC Golf Day was held at Sandhurst on Thursday 7th February and was another outstanding day with 96 players playing in the event. Although the day started off with a few showers, it soon fined up to be a very pleasant sunny day.

After a light breakfast, the teams all proceeded to their tees in golf carts and teed off at 8.00am with a shot-gun start. The scoring was on a stableford basis and played on a system similar to Ambrose, however on par three holes all players had to complete the holes from their own shots. The winning team on the day was made up of 4 current players, namely: Andrew McGrath, Darcy Parish, Dylan Clark and Trent Mynott. Dustin Fletcher and his team

Following the round all players and support EFC and EFCPP&OA staff sat down to a very pleasant lunch, followed by presentation of awards to the various winners on the day. The EFC CEO, Xavier Campbell, who played in the event, addressed the crowd and Dustin Fletcher and his team commented on how important this event was to the EFCPP&OA and the EFC Past Players Foundation Trust, as all profits from the day were paid into the Foundation Trust. He also mentioned that it was great to see the four current players competing in the event.

The President of the EFCPP&OA, Barry Capuano, also addressed the crowd and thanked all for attending the day and in particular the sponsors who generously contributed to the day.

Xavier Campbell and his team

He also thanked the current players and asked them to act as Ambassadors for future golf days by encouraging other players to participate in future golf events.

During the presentation process, the organiser of the tournament, Kevin Dale, noted that Terry Daniher won the : “longest drive” competition, not on the golf course, but because he got lost on the way to the event and drove around for some time before arriving some 10 minutes late for the tee off time. This brought a great deal of laughter from the audience.

In excess of $12,000 was raised on the day for the EFC Past Players Foundation Trust. Special thanks are expressed to our Sponsors, namely, Drummond Golf Dandenong and Frankston, Essendon BMW, ComwireIT, Evans Dixon, Little Real Estate, PMD Advice, and Donors, namely, Rendina Real Estate, Best Friends Pets, Barry Young and Joel Reynolds. We also greatly appreciate the successful auction item winners, Tim Donohue and Justin Robinson and those who contributed to the raffle.

WHERE ARE THEY NOW? 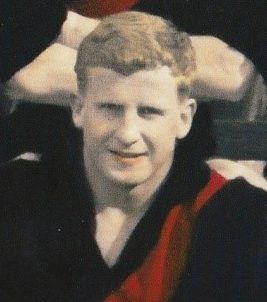 What did you do, football wise, following your playing days with Essendon?

What job/jobs did you pursue following your playing days, including what you are doing currently?

Sales roles, broadly in building and construction (for manufacturers). Owner of a Newsagency for 11 years.

Are you still working?  No

Have you suffered with any post football injuries and have any required surgery?

Do you have any ongoing medical problems?

Back related to hips etc.

What are your thoughts on the modern game, and how would you change any of the areas that you don’t like!

Overuse of football. Kicking backwards towards final minutes of a match.

Do you have any special anecdotes from your playing time to pass onto other past players?

Who were your mates in your playing days with Essendon, do you keep in touch?

Who were the players you most admired in your playing days at Essendon?

Do you have any comments that you would like to pass on about your time at Essendon?

A wonderful experience playing for my home team in a successful era, with lots of friends with a single aim, and fun times off the ground.

COMMENTS FROM THE PRESIDENT people from all walks of life, not just players, but those who have a major impact on the club performance and your own personal life.

A person who falls in this category is Dr. Bruce Reid, as the work he has done for current and past players over many years has been exceptional. It therefore came as a great shock to me and all of those he has helped over the years, to hear that Bruce was suffering from mesothelioma and was now unable to practice. This certainly affects me, as Bruce has been my doctor since the 1980’s and I will miss his camaraderie immensely as a doctor.

I had the pleasure, when serving as the General  Manager of the EFC, of appointing Bruce and Ian Reynolds, on the recommendation of Kevin Sheedy, as the club doctors for the 1982 season, which Bruce has continued to serve until his illness became evident. This puts Bruce in a category for service to the club as almost unheard of, surpassing many of the legendary names at Essendon, including Dick Reynolds and Kevin Sheedy.

Bruce has always shown a straight forward attitude to his diagnosis of injuries and illnesses, which has endeared him to all who have been his patients. He also enjoys life and has always been an active participant in end of season football trips and social events. Bruce is currently receiving treatment for his illness, which is showing good results, and has shown his normal approach to life when speaking to him, and I am sure that you will all join me in wishing Bruce the best results possible from his treatment, and that we will see being socially active shortly.

The following members have or will achieve significant birthday milestones between 1st Jan 2019 and the 30th April 2019. 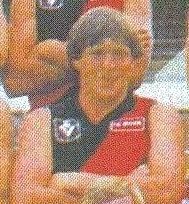 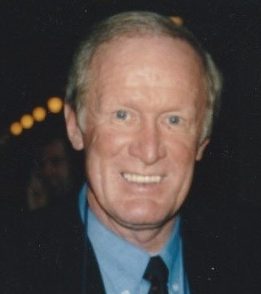 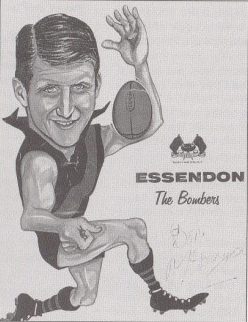 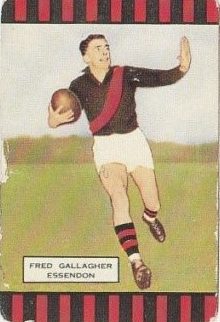 We wish you all many years of good health and success.

As part of our expansion of Associate Membership of the Association, we are trying to track down U19 players who played up to the disbanding of the competition at the end of 1991.

The club and the AFL hold limited information regarding U19 players, and through the good work of Carolynn Larson, a volunteer for the club, together we have been able to establish listings of each year from 1957 to 1991, however in some years we have limited names available. Listed below are the names we have available from some of the years with limited names, and we ask our members and readers if they know of any of these players, could they please forward the information to Barry Capuano on: [email protected] or on mobile 0407592979.

We will continue to seek further information on other years of U19 players in future Newsletters, however we would be very pleased if any information can be passed on for any U19 players not listed above.

UNSUNG CHAMPIONS OF THE CLUB

There are many people in the background of clubs who do a great deal of work but get little recognition. One of those is Charlie Italia, and his record as indicated below is outstanding:

Charlie still continues to have players over at home either for dinner and or pre game massage the night before the game, free of charge.

Charlie is indeed a “champion”.

In 1936, Ted Bryce was suspended for 18 matches for kicking Cashin of Carlton, this is the second highest field suspension of an Essendon player after Phil Carmen was suspended (20) for head-butting an umpire in 1980. Paul Vander Haar and Merv Neagle celebrate Tim Watson’s birthday in their early days at the club.The hair styles have changed a little!

In 1912 on-field stewards were introduced. Their role was to clean up the game but was not successful. The next year the League Independent Tribunal was formed.

A letter from the Secretary, Frank Reid to player William Hayes in 1923 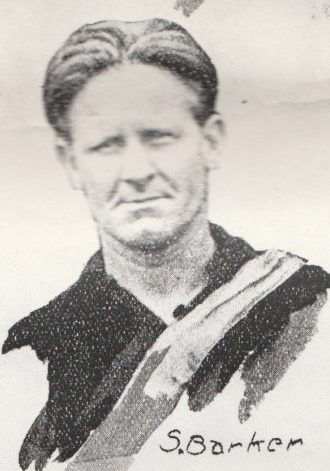 After being Captain of the North Melbourne team in the VFA from 1915 to 1919, Syd transferred to Essendon and played from 1921 to 1924, playing 57 games. He soon established himself as a champion follower, and was a very popular figure on the field because of his brilliance and sportsmanship.

We are saddened to report the deaths of the following members since our last Newsletter:

Dr. Sam ChazanSam joined the club, together with his brother Jack and Izzy Zimmerman as the club doctors at the start of the John Coleman Coaching era, and served the club for many years. He was a very highly respected person. He passed away in December.
Alexander “Sandy” TalbotSandy played with the club 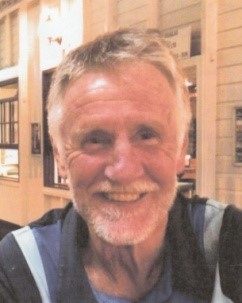 Jim Daniher, the father of Essendon champions Terry, Neale, Anthony and Chris, passed away in April. He and Edna produced a mighty family of 11 children.

Our condolences are expressed to all family members of those passed. 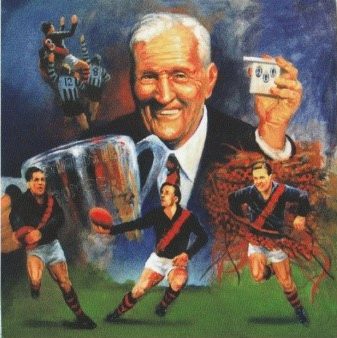 As part of our commitment to Dick Reynolds Club Members, who are now Associate Members of our Association, we will be running a DRC function on Wednesday July 3rd. This function will be a lead up to the clubs Legends round against Sydney Swans on Saturday 6th July and we will shortly notify all of our members of the venue, time and format of this event as soon as we are able to finalise a venue for this event.

This event will become an annual DRC event and will feature Legends and Members of the Hall of Fame. At this stage the anticipated cost will be $100 for DRC and Association Members and $120 for non-members.

The EFC has continued a tradition started three years ago, of inviting all past players and a guest to attend the first home game of each season. This year’s event was against St Kilda at Marvel Stadium on Saturday 30th March and close to 200 attended.

Many past players from different eras and from far flung destinations attended and all thoroughly enjoyed the hospitality provided by the club, albeit that the result on the ground was disappointing. Russell Ellen from WA, Ron Andrews from Wentworth NSW, Don Carmichael from Sale, Geoff Burdett and Hugh Delahunty from Horsham, Ian Anderson from Port Fairy, Ian Stevenson from Wandiligong and Reg Burgess from Edenhope were some of those who had travelled long distances to attend the function. It was also great to see some faces whom had not been seen around the club for some time, including Alan Davis, Brian Pirouet and Peter Bennett. Neale Daniher was also in attendance.

Our Association, together with all past players who attended, is very grateful to the EFC, through Jessica Brown and Gregor McCaskie, for organising this event, and look forward to continuing the event in future years. 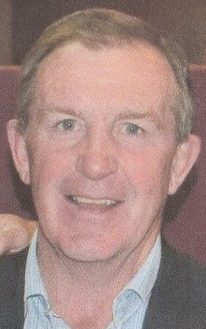 Our congratulations are expressed to former player and former State Minister for Sport, Hugh Delahunty, on his appointment to the Board of Sport Australia. Hugh has always been a strong supporter of our Association and we wish him well in his new role.