We regret the passing of two of our members recently – Mal Pascoe and Bill Stephen.

Mal Pascoe  played 94 games for the EFC between 1953 and 1958, and then transferred to Tasmania where he became a legend as a player and coach. 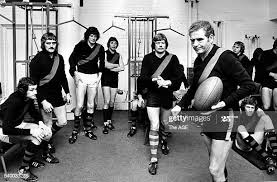 Bill Stephen coached the EFC in 1976 and 1977 and had a large say in encouraging players to the club that played a major role in the 1984 and 1985 Premiership Teams, including Tim Watson, Roger Merrett, Merv Neagle, Glenn Hawker and Shane Heard.

Our condolences are expressed to their families.