KEVIN SHEEDY NAMED A LEGEND OF THE AFL During May Kevin Sheedy was named a Legend of the AFL which is a worthy reward for the outstanding service Kevin has given to football. Kevin joins Dick Reynolds, Bill Hutchison and John Coleman as other Essendon greats as a Legend of the AFL.

Kevin’s involvement with Essendon started when he followed the team as a young man, and although he played all of his football with Richmond, his success as Coach of Essendon from 1981 to 2007 has been outstanding. His forward thinking has also played a significant role in AFL football, including, but not limited to, Sunday football, Anzac Day, Dreamtime games and more recently the Country games.

Kevin has an outstanding record in football and his career achievements follow: Congratulations Kevin on your stellar career in football. 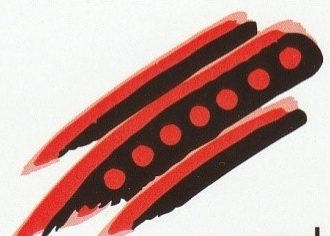 The Essendon Women’s Network held a function on Friday 29th June, titled “Where the AFLW would be in 2030”. Steve Alessio, Mark Eustice, David Calthorpe and Barry Capuano were invited to attend this most interesting discussion.

Major General Simone Wilkie AO, who is an AFL Commissioner, was the key speaker and informed all those attending how the AFLW program was progressing and how she envisaged where the competition would stand by 2030. Major General Wilkie happens to be the daughter of former Essendon player Ian Burt, who played four games for the club in 1959.

Tiffany Cherry was the Master of Ceremonies and did a great job in running a discussion panel made up of:

The discussion and comments made by the panel were extremely supportive and confident as to where the AFLW competition will be in 2030 and with the drive they projected it should be a very successful competition by that time.

Orazio Fantasia and Andrew McGrath attended the function and were later interviewed by Tiffany Cherry, as well as a number of players from the AFLW.

We are saddened to announce the passing of the following members since our last Newsletter:

Milton ClarkMilton passed away on the 15th June, and at the time of  his death he was our 2nd eldest living member and would have turned 96 on the 27th June. Milton played 3 games in 1945.
Ken ReedKen, who passed away in July, played 2 games for the club in 1955.

We congratulate the club on achieving the magnificent total of 79,294 members in 2018, which puts the club 4th on the AFL table, but less than a 1,000 members short of 2nd place. Richmond has achieved a fantastic membership base of in excess of 100,000 members and it would be the clubs aim to emulate that figure in the near future. All members would be pleased that we have exceeded Collingwood’s membership this year.

We also congratulate the team on an outstanding second half of the season and even if they miss the finals this year, they will no doubt be a team to recon with, in the next few seasons.

A STATUE OF A CHAMPION Michael Long was honoured by the club through a generous donation by the Barham family, at a cost of more than $100,000, in the unveiling of a bronze stature of him at the entrance to the club headquarters at Tullamarine on Tuesday 28th July.

It was a cold and windy day for the unveiling and Michael commented on how cold it was, Kevin Sheedy quipped, “Michael has been cold for thirty years!”

The State Government, represented by Premier Daniel Andrews, granted $300,000 to the Michael Long Trust and its Walk the Talk program at the unveiling.

The statue depicts Michael in his walking gear with his number 13 jumper, which is a great reflection on the fantastic job Michael has done through the Long Walk, which raises substantial funds for indigenous groups.

Michael is still recovering from a very serious illness which had seriously threatened his life, however we all wish him a very speedy recovery, as we need more people like him in this world.

Congratulations Michael on this fantastic recognition of the services you have given to the EFC, AFL football and to Aboriginal Australians.

WHERE ARE THEY NOW? What did you do, football wise, following your playing days with Essendon?

What job/jobs did you pursue following your playing days, including what you are doing currently?

Involved in Real Estate for some years and was a garbage truck driver for 8 years.

Are you still working?  No

Have you suffered with any post football injuries and have any required surgery?

Did an archilles tendon when playing with East Femantle.

Do you have any ongoing medical problems?

I’m ok but have had a few ups and downs.

What are your thoughts on the modern game, and how would you change any of the areas that you don’t like!

I love watching footy, however the congestion is a problem. I don’t like kicking backwards and side-wards. I believe that a free kick should be awarded against the last kicker when going out of bounds.

Do you have any special anecdotes from your playing time to pass onto other past players?

A favourite saying of mine is, “The harder you work the luckier you get.”

Who were your mates in your playing days with Essendon, do you keep in touch?

Who were the players you most admired in your playing days at Essendon?

Do you have any comments that you would like to pass on about your time at Essendon?

All goes too quickly. I didn’t want to leave Essendon but a swap was done with South Melbourne for the Daniher’s, a great result for Essendon. I have no regrets, but we should have been a better team in the 1970’s, but unfortunately too many players were released by the club.

A full house attended this function at the MCC Dining Room on Thursday 10th May and it turned out to be an excellent night.

The Hall of Fame inductees, namely, Neale Daniher, Roger Merrett, Dr. Ian Reynolds and Harold Lambert were all introduced to accept their induction as Members into the Hall of Fame, and all were very appreciative and humbled by the experience.  Neale Daniher enthralled the crowd with his courage in the way he spoke about his own issues and his support for the MND Foundation, which had now raised many millions of dollars due to his outstanding efforts. 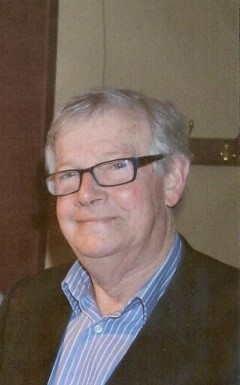 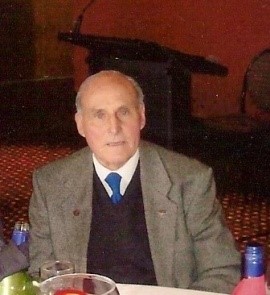 The 1993 Premiership team was represented by many of the players from that team, and their memories of that win were expressed in panel discussions with most of the players present. David Calthorpe quipped when asked how he had endured the 25 years since the Premiership win, “I have put a kilo on each year since then.” Many interesting anecdotes came from Paul Salmon, Joe Misiti, Tim Watson and all of those interviewed.

The Coach of that great team, Kevin Sheedy spoke about how such a young team played so well together to win a most unexpected Premiership. The following members have or will have achieved significant birthday milestones between 1st May and 31st August 2018. 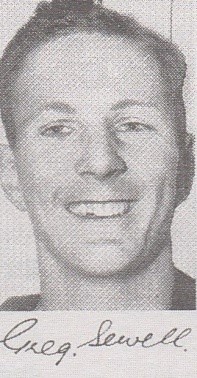 Harold Lambert is still our oldest living player having reached the great age of 96.

We have recently been informed that Ray Martini is still alive and well. Unfortunately we had lost contact with Ray some years ago, so we welcome him back as a member. At the Collins Street Dons function held on Monday 13th August, Jack Jones was presented with a framed Certificate recognising the outstanding service Jack has given to the EFC and various Coteries involved with the club. The club President, Lindsay Tanner, presented the award to Jack, who responded in his normal humble manner, that he had enjoyed every moment of his involvement with the club. Jack has been an honorary member of the Collins Street Dons since its inception in 2009.

There were a number of interviews on the day, including former Essendon player, Ted Richards, who finished as a great player for the Sydney Swans, Brad Langford, the father of current player Kyle, Justin Rodski, the Chief Commercial Officer of the EFC, Dan Richardson, the General Manager Football at the EFC, and former champion player Tim Watson. All gave great insights into their involvement with the club, and all spoke with great knowledge and professionalism.

Tim Watson had the audience in fits of laughter in respect to the time when he was recruited by the club, for at the time he was recruited he had little knowledge about the club as he and his family were Richmond supporters. Although there were some little white lies told to Tim’s family in encouraging them to allow him to come to Essendon, Tim was ready and had already packed his bag. When he actually arrived in Melbourne, Barry Keam who was a Committee Member at that time, looked after Tim’s accommodation and also informed Tim that he had been registered to attend the Essendon High School to continue his education, as Tim was only 15 years old at that time. Barry Keam took Tim to a local clothing shop to pick up a uniform for the school and when Tim turned up the next day he was confronted with the question, “What are you doing at this school with an Essendon Grammar School uniform on?” Obviously the communication levels were not great at that time. Tim, of course, overcame all of those initial hurdles and became a champion player for the club. An Essendon goal at the MCG in the late 19th Century. Note: only goals were scored in those times. 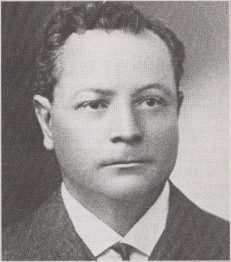 In 1911, Jack Worrall was appointed as coach of the team, having coached Carlton to three Premierships previously. Prior to him taking on coaching he played for Fitzroy in the VFA, was a test cricketer and Victorian cricket captain. He coached Essendon to the 1911 and 1912 Premierships. He was paid a salary of three pounds ten shillings ($7) a week when appointed as Coach.

In 1981, the first year that Kevin Sheedy coached the team, the team started off disastrously losing 5 of their first 6 games, however went on to win their next 15 games to make the finals, but lost to Geelong in the Semi Final and Fitzroy in the Preliminary Final.

The greatest winning margin by Essendon was 164 points against South Melbourne in 1964. Ironically the greatest losing margin was against the Sydney Swans by 163 points in 1987. Bill was a very active member of our Association and later in his life made numerous tape recordings of Essendon players from his era, which are now part of the clubs memorabilia collection.